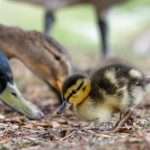 Is this the case, however? Let’s look at where the duck, specifically youngling ducks, turn to for nutrition. In short: what do baby ducks eat? END_OF_DOCUMENT_TOKEN_TO_BE_REPLACED 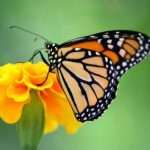 Butterflies, members of the superfamily of species known as “Papilonoidea,” are small, flying insects. An old group of insects, there are butterfly fossils that date back to the Paleocene period, some 56 million years ago.

The typical moth goes through a four-stage life cycle, part of which is the much-romanticized metamorphosis from caterpillar to butterfly. They are like moths and are known for their large variation of colors and patterns. Some butterflies even make use of camouflage and mimicry of their surroundings to conceal themselves from predators.

They sometimes fall victim to a range of small animals that consider them a food source, but what do butterflies eat? Let’s explore the interesting diet of these majestic creatures. END_OF_DOCUMENT_TOKEN_TO_BE_REPLACED

Less discussed in all the talk of swans, however, is their diet. What do swans eat, and where do they procure the bulk of their nutrition? END_OF_DOCUMENT_TOKEN_TO_BE_REPLACED 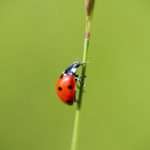 Several superstitions have emerged about these amazing insects. While some of them (like the idea that the number of spots they have is indicative of their age) are untrue, these beetles have long held a place in human culture and mythologies, coming to symbolize many things to many groups of people. END_OF_DOCUMENT_TOKEN_TO_BE_REPLACED 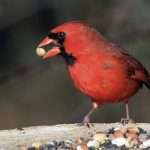 Cardinals, commonly called redbirds, are some of the most recognizable wild birds in the U.S.

When most people refer to cardinals, they’re talking about Northern cardinals (Cardinalis cardinalis), which populate suburbs, woodlands and rural areas throughout the Northern and Midwestern U.S, southern Canada, some southern states and parts of California and Mexico.

The males sport distinctive bright red plumage with a black mask on the face. Females are tan with reddish streaks on the tail, crest and wings.

Cardinals measure 8.1 to 9.3 inches long and weigh 1.5 to 1.7 ounces, with an 11 inch wingspan. Abundant in the northern and eastern U.S., cardinals are honored in seven states as the state bird.

There are 11 genera and 42 species of cardinals, with the Northern Cardinal the most well-known.

So what do cardinals eat, and how can you attract them to your yard? Read on to find out. END_OF_DOCUMENT_TOKEN_TO_BE_REPLACED